Have you ever asked yourself, “How to track secret conversations on Facebook?” Are you wondering if there is an effective way to do so? If yes, this guide is what you need.

Facebook is among the most popular social media applications today. With about 1.73 billion daily active users, it has a massive user base. While the company claims that there are at least 5-7 million fake users on the platform at any given point in time, the number is still massive.

While people worldwide use the app to connect with friends and family, there might be some instances when you might want to keep an eye on what your child, employees, or loved ones are up to on the platform. While the platform itself is largely secure with several privacy settings, Facebook also introduced the option of secret messages to offer its users an added level of security. These messages are end-to-end encrypted, so only the two people engaged in the conversation can read the messages.

However, if you want to spy on instant messages and track someone’s secret conversations on Facebook, continue reading. We highlight the two main ways in which you can gain access to your child’s or loved one’s secret messages on Facebook to see what they’re up to and who they’re talking to. Let’s dive right in.

Before we tell you how you can track these messages on someone’s device, you must know what kind of messages can be sent via Facebook’s secret conversations. The list is given below –

Now, there are two ways in which you can hack into someone’s Facebook to read their messages. The first is by gaining access to the target’s login details which are their username and password, and then reading all of their messages. The other method involves the use of a third-party tracking app like mSpy.

So, if you’re wondering whether you can hack into someone’s Facebook messenger and read their secret or hidden chats, the answer is yes. Despite the fact that security systems are improving every day in the social media space, the two methods mentioned above are still effective.

The steps to read a user’s hidden chats on their Facebook account on the web are given below. Remember that this method is only useful if you know someone’s login details, whether it is your spouse or child.

If you don’t have access to a laptop or aren’t in a position to be able to hack someone’s Facebook on a web browser, you can try reading their secret sent and received messages on the Facebook Messenger app. The steps to do this are given below –

The most important thing to remember here is that the user can add a timer to their hidden messages, so if you miss out on the window, you won’t be able to read their messages without the use of a third-party app.

If you don’t know the user’s login details for Facebook, you have no other option but to use a third-party app or a keylogger to hack into someone’s Messenger and read their messages. While there are several such software on the market, not all of them are effective or even safe. To help you out, we’ve collated the top five apps you can use to read someone’s messages or even track cell phone locations.

NOTE: Spying on someone without their consent is illegal. However, always ensure to check your local laws to be aware of all the regulations surrounding the use of phone tracking applications.

mSpy is among the most popular phone tracking application, and for good reason. It offers several features that allow you to track all the activities on a target device. These include calls, text messages, GPS location, social media conversations, and much more. You can find out more about the features of this app in our mSpy review.

This Facebook spy app is designed to operate on the target device in stealth mode, which means that the user won’t know if its existence and won’t know they’re being tracked. This gives you the perfect way to read or view private Facebook conversations they’re having with someone on Messenger. Yo

The app is compatible with both iOS and Android devices, although the procedure to install it on both is different. For instance, on an Android device, you will need physical access to the device to change certain settings, install the app, give it all the permissions it needs, and then start tracking. On the other hand, tracking an iOS device to read a secret conversation merely requires you to enter the target iCloud details, and you’ll be all set to track. Read our guide on how to install mSpy for the entire procedure.

However, the most important thing to note is that you’ll only be able to use this feature if the target device has been rooted or jailbroken. Once it is, mSpy will be able to give you all the information you need.

Given below are the prices for mSpy –

Cocospy is yet another effective secret Facebook app that you can use to read a person’s secret conversation on their devices. This app is among the most widely used phone tracking apps worldwide, and this is substantiated by the wonderful review it’s received by the best tech publications.

The app is compatible with all Android and iOS devices, which makes it easily compatible with any device possible. The app also offers a whole host of features that include but aren’t limited to –

You can read our Cocospy review for more details on the app’s compatibility, features, and the steps to install it on iOS and Android devices. The best part about this app is that it has possibly the best stealth mode of any other spy app in the market. This means that the target won’t know of the app’s presence on their phone under any circumstances.

Last but not least, unlike mSpy, Cocospy also doesn’t require the target device to be rooted or jailbroken to track Facebook messages or other social media conversations.

SpyBubble is one of the best social media spy apps that you can use to find secret conversations on someone’s Facebook account. Unlike a lot of other apps, SpyBubble takes its Facebook monitoring prowess a step further. It offers complete remote access to Facebook and Instagram on iOS devices. This means that besides simply monitoring Facebook secret conversations, you can also unfriend or unfollow people, change privacy settings, block certain people or pages, and much more. You can also use it to spy on Kik.

This feature takes SpyBubble to a new level when it comes to its remote capabilities. The app offers all the other basic features, which are as follows –

Apart from this, the app also offers other unique features, which you can read more about in our SpyBubble review.

The app is compatible with both iOS and Android devices, which makes you won’t be limited in terms of which device you want to hack secret conversations on. It is a very good solution if you want to catch a cheater.

Are you often left wondering who your spouse or child is having secret conversations with on Facebook? If you’ve been noticing signs that they’re becoming more secretive about their phone, KidsGuard Pro can be your solution to track their conversations on Facebook.

This app is absolutely undetectable and allows you to monitor various activities on the target device, just like the others mentioned above. You can also use it to spy on Snapchat, Tinder, WhatsApp, Kik and several other social media applications. It’s the perfect tool to catch someone cheating on Facebook.

You can also use the app to track the target’s location in real-time, along with getting geofence alerts when the target enters a certain zone on the map.

The app works well on all Android and iOS devices, in addition to which you can also use it to monitor a computer running Windows 10. You can read more about the app’s features in our KidsGuard Pro review.

Spyzie has been known worldwide as a very comprehensive and reliable phone tracking app. It’s also among the best apps to track secret conversations on Facebook. Apart from providing you with all the usual features, the app also gives new users the option of trying out the product’s demo on their website.

Some of the key features the app offers are to read all sent and received Facebook messages and those on other social media applications like Whatsapp, monitor Snapchat, Instagram, and more. Additionally, you can also track the target’s GPS location, read their text messages, monitor their calls, and more. You can read more in our Spyzie review.

The five apps mentioned below are the most comprehensive and reliable apps you can find to track secret conversations on Facebook. Each of them is compatible with both Android and iOS devices, while KidsGuard also has a provision of being used on Windows 10 computers. You can use these apps to monitor other social media apps and open someones Snapchat without them knowing.

SpyBubble offers some features that the others don’t, the most notable of which is the ability to get complete access to the target’s Facebook and Instagram accounts. This feature comes in very handy if you want to track secret conversations on Facebook and unfriend or block certain people. Ultimately, the choice comes down to the features you’d like and your budget. We recommend mSpy for its easy-to-use and reliable features. 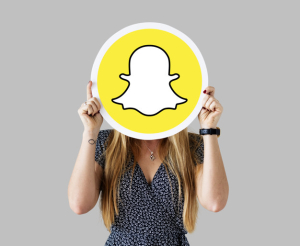 How to See Other People’s Snapchat History 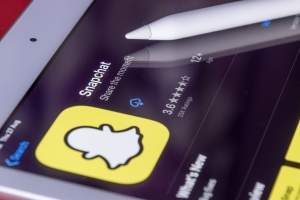 How To Open A Snapchat Without The Person Knowing 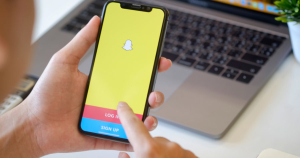 Anjelica has almost 10 years of experience in cell-tracking, online monitoring, and cybersecurity. In her role as a business owner, she looked for effective ways to monitor her employees, which, in turn, has given Anjelica a lot of hands-on knowledge. Her dedication to learning and testing about spying apps, cybersecurity threats, hack attacks genuinely contribute to the development of up-to-date content on celltrackingapps.com.